Named Best Book of the Month by Amazon and iBooks

The Bachelor meets The Runaway Bride in this addictive romance novel about a reality TV producer falling for her would-be star: a Montana heartthrob who wants nothing to do with the show.

Jordan Carpenter thinks she’s finally found the perfect candidate for Jilted, a new dating show about runaway grooms: Luke Elliott, a playboy firefighter who’s left not one but three brides at the altar. The only problem? Luke refuses to answer Jordan’s emails or return her calls. Which is how she ends up on a flight to Montana to recruit him in person. It’s not Manhattan but at least the locals in Lucky Hollow seem friendly . . . except for Luke, who’s more intense—and way hotter—than the slick womanizer Jordan expected.

Eager to put the past behind him, Luke has zero intention of following this gorgeous, fast-talking city girl back to New York. But before he can send her packing, Jordan’s everywhere: at his favorite bar, the county fair, even his exes’ book club. Annoyingly, everyone in Lucky Hollow seems to like her—and deep down, she’s starting to grow on him too. But the more he fights her constant pestering, the more Luke finds himself wishing that Jordan would kick off her high heels and make herself comfortable in his arms.

Lauren Layne is always one of my one click authors.  I can count on her for strong witty characters that wont take any crap, both male and female.  Runaway Groom, the start to the new I Do, I Don't series is no exception.  Runaway Groom is Sweet Home Alabama meets the Bachelor and proves once again you can take the girl out of the town, but you can't take the town out of the girl.  The theme throughout the book that things aren't always what the seem.  Jordan seem like a city girl, but even her friends in the city see through that and know she is too nice to really be one of them.  As for Luke, on paper he is a classic player with three brides left at the alter, but it is clear early on that the guy in front of us doesn't match the guy on paper.  Watching the two of them figure that out for themselves while trying to fight the obvious attraction they have is pure entertainment that I've come to expect from Layne.  Anyone who loves a good romantic comedy will love this story and I look forward to the rest of the series. 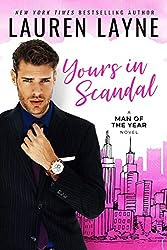 
A political golden boy and the woman of his dreams take the risk of their lives in a sexy romantic comedy of strange bedfellows and second chances by New York Times bestselling author Lauren Layne. Fresh off being named Citizen magazine’s Man of the Year, New York City’s youngest mayor, Robert Davenport, decides it’s time to strategize. Next move: a bid for the governor’s seat. In his way: an incumbent with a flawless reputation. He also has an Achilles’ heel: an estranged wild-child daughter with a past so scandalous it could be Robert’s ticket to victory. And a charm so irresistible it could be Robert’s downfall. Rebellion is a thing of the past for Adeline Blake. As New York’s premier event planner, she’s all about reform and respectability. Then she’s approached by Robert to organize the party of the season. Curious, considering he’s her father’s most formidable opponent. And alarming, too. Because Addie can’t help but fall for the righteously popular candidate with …
Read more