Showing posts from April, 2018
Show all

A captivating new sexy stand-alone romance by New York Times best-selling author Melissa Foster. Special Forces veteran and Dark Knights Motorcycle Club member Bullet Whiskey lives to protect his family, their bar, and the residents of his small hometown. He's rough, unapologetic, and haunted by a secret, painful past. He's also a master at keeping people away, and when his sister hires gorgeous and sweet Finlay Wilson to help expand their biker bar, he knows just how to get rid of her. After losing her boyfriend and her father, Finlay moves back to her hometown to be closer to the little family she has left. She needs her temporary job at Whiskey Bro's to get her catering business off the ground, and she's determined not to let the gruff, arrogant mountain of a man Bullet Whiskey scare her off. Finlay is everything Bullet has never wanted. She's afra…
Post a Comment
Read more

Grace and Reed finally get a second chance at a first love!

Leaving New York City and returning to her hometown to teach a screenplay writing class seems like just the break Grace Montgomery needs. Until her sisters wake her at four thirty in the morning to watch the hottest guys in town train wild horses and she realizes that escaping her sisters’ drama-filled lives was a lot easier from hundreds of miles away. To make matters worse, she spots the one man she never wanted to see again—ruggedly handsome Reed Cross.
Reed was one of Michigan’s leading historical preservation experts, but on the heels of catching his girlfriend in bed with his business partner, his uncle suffers a heart attack. Reed cuts all ties and returns home to Oak Falls to run his uncle’s business. A chance encounter with Grace, his first love, brings back memories he’s spent years …
Post a Comment
Read more


Rachelle Westerly needs a break. After years of acting as the family peacekeeper, she’s finally ready to take a step back. Her movie-star brother has offered her the perfect escape. But on the very first day of her vacation, she steps onto a red carpet and straight into the arms of a real-life prince—and the promise of just the kind of flash and fortune that tore her own family apart.
As the soon-to-be leader of Vandorra, Prince Magnus de Bartelebon always gets what he wants—and the regal bad boy wants the sweet American schoolteacher. Although he should be announcing his engagement of convenience to a neighboring princess, Rachelle is the one he desires in his bed and by his side.
While the drop-dead gorgeous Magnus might be almost everything she craves, Rachelle can’t help but think that falling for him would be a royal mistake. He may be ruling a kingdom one day, but she’s in charge of her heart. And he’ll have to win it with more than a lap of luxury—as inviting as it …
Post a Comment
Read more 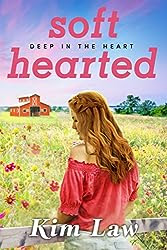 
Heather Lindsay loves falling in love—even though her blueprint for romance has failed her time and time (and time) again. But now that she’s signed on to design an outdoor-wedding venue for her friend’s home renovation show, Heather’s found a new focus: her career. Only it’s not long before she’s being distracted—by the hunkiest man who ever swaggered down the streets of Red Oak Falls. The show’s new ranch manager, Waylon Peterson, a.k.a. Prince Harry in a cowboy hat, has every woman swooning. He’s also got a bad-boy rep that’s made him the hottest mess in town. In other words, he’s catnip for Heather, the Texan queen of bad choices. That’s why she’s steering clear—even with Waylon’s charm going full throttle. Waylon is determined to trade one night stands for true love, but convincing Heather may be an impossible task. He’s ready to settle down, but can she get past her fear of settling and give love one more shot?
REVIEW 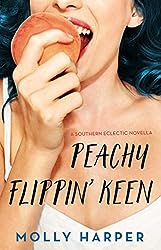 A prank war erupts in Lake Sackett, Georgia and coroner Frankie McCready has to turn to the gorgeous but surly new sheriff for help in Molly Harper’s newest Southern Eclectic novella, perfect for fans of Kristan Higgins and Amy E. Reichert.
The McCready Family Funeral Home and Bait Shop has crickets running rampant in the store and hot sauce in the Snack Shack’s ketchup bottles. But as the county coroner, Frankie has enough on her plate without worrying about the increasingly mean pranks being played at her family’s business. And the arrival of Sheriff Eric Linden, both devastatingly attractive and painfully taciturn, is enough to push her over the edge.
Linden, who didn’t seem to get the memo about men in uniform and Southern charm, is condescending and cold, revealing absolutely nothing about his past as an Atlanta police officer, while also making Frankie’s job as coroner as difficult as possible. And with the town’s Fourth of July celebration coming up, it’s essential …
Post a Comment
Read more
More posts