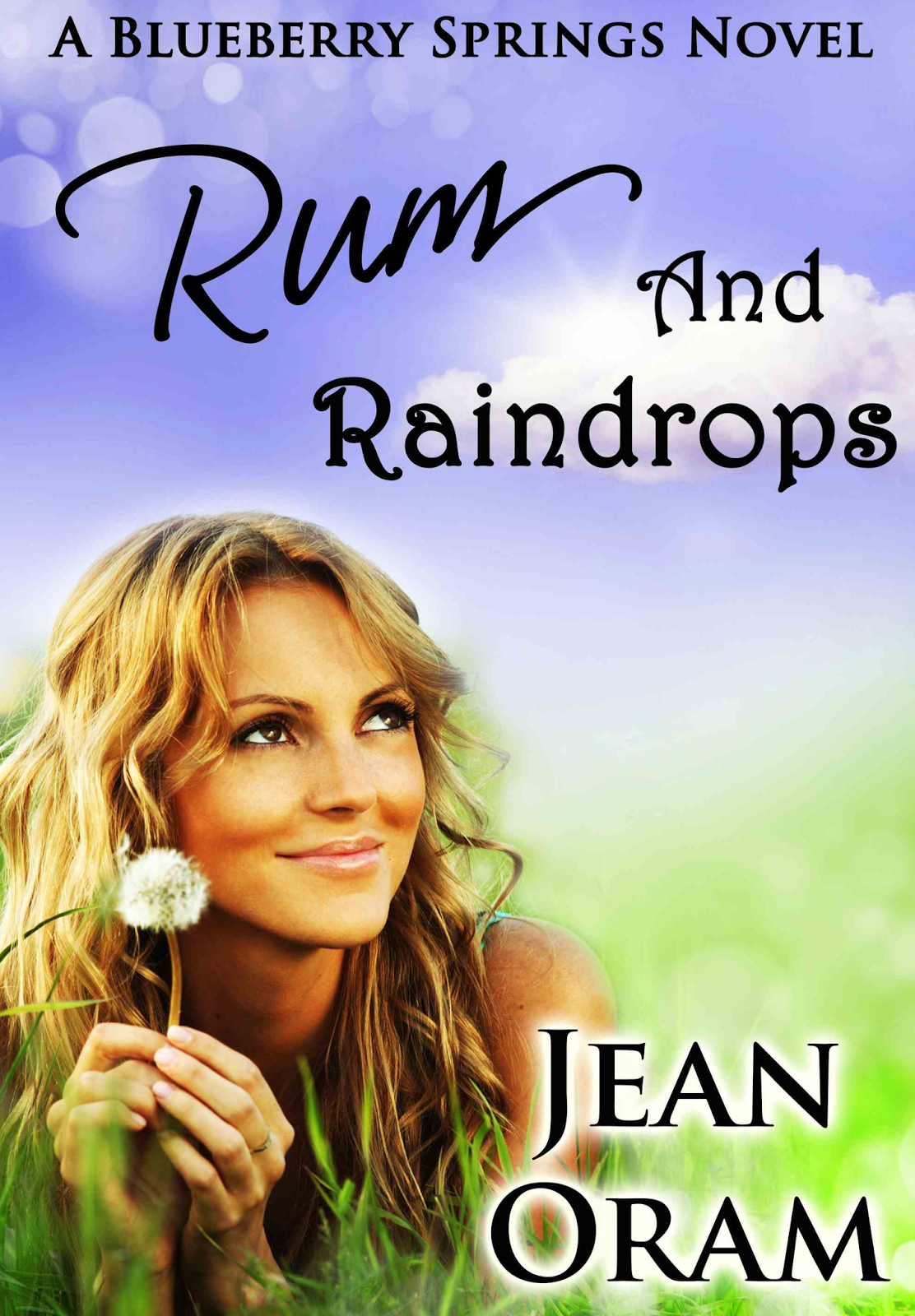 One nature guide. One accidental forest fire. And one steamy investigator hot on her tail.

Jen Kulak's good at running from her problems, so when she finds her best friend and boyfriend in bed together she burns rubber, never looking back. When Jen finds the quirky town of Blueberry Springs, she finally feels as though she's found a place she can call home, settle in, and get to know herself. With help from her boss, she rediscovers her love of nature and begins giving wilderness tours, which would be perfect if it weren’t for the fact that she may have accidentally just burned down the forest she depends upon for her fledgling business. And it would figure that Rob Raine, the man of her dreams, also happens to be the fire investigator hot on the case.

Can Jen find the strength to fight the accusations that could cost her everything? Or will she run again, ignoring the sparks that fly between her and Rob, and torching her chances at a happily ever after?

Find out in this small town contemporary romance, the third standalone book in the Blueberry Springs series.

Rob bent over, digging in the cabinet under the sink for Lord only knew what. Jen stood with her back against the shower door, admiring his firm ass. All that hiking through forests had certainly guaranteed a very nice view for her at the moment. She kind of hoped his you-know-what didn’t fall out of his boxers with all that bending over and digging around. Although she wouldn’t mind if it did. But if something did pop out of his shorts to give her the ol’ eyeball she was pretty sure with all this alcohol partying its way through her bloodstream and causing her synapses to misfire, she wouldn’t be able to handle seeing his you-know-what dance on out without the temptation to…never mind.
Eyes up front. Clean, pure thoughts. White bunnies. Unicorns. Rainbows.
Definitely stop staring at his nice buttocks.
They may have assaulted people together tonight, but he was still hands off.
God, she wished he could be hands-on.
But she didn’t think the courts would take kindly to her sleeping with the investigator. Even if his job was done. He could still be called in to testify. Testify what a hottie she was with her clothes off.
Wow. This alcohol…it must have been the Sex on the Beach shots. Infused with something hormonal because she really wanted to reach up his short’s leg and…and do a lot more than wait to see if she’d become a passive participant in a game of boxer-short-peek-a-boo.
Oh, man. She needed to lock down her brain. And maybe cuff herself to the toilet while she was at it. Hmmm. Cuffs…
No. No. No.
Unicorns. Bunnies. Rainbows. Definitely not bunnies and unicorns doing it on a rainbow.
She just about leapt into the shower to spray herself down with cold water when Rob turned, flashing her nothing but thigh above his tan line, breaking an ice pack from a first aid kit. Jesus. He would have made a good doctor. Those capable hands breaking the inner bag, giving the ice pack a vigorous shake, and now bringing her closer so he could gently apply it. What if she fainted? She could faint right now. Just sort of collapse into his arms. Let him catch her. Maybe he could nurse her back to health without any clothes on.
"What did you do?" Amusement caused a lilt in his voice as he held the pack against the goose egg on her forehead.
"I tackled Cody into the wall when the bouncer came to his rescue. I may have underestimated the physics involved in taking someone down."
He laughed, tipping his head back to let the rich sound swell over her like fresh rain.
She brushed the ice pack away, feeling the chill slipping too deep. She took the wet cloth off the vanity and dabbed at Rob’s lower lip. That bouncer had a hell of a swing.
Rob leaned against the vanity, straddling her between his legs, bringing them eye to eye. He rested a warm hand on her waist, the heat of his grip traveling through her tank top, surrounding her in warmth, protection, and maybe…maybe something else she dared not think about.
She let out a low chuckle. Who would have thought a bar brawl would break the final layer of ice between them? Let him draw her in closer. Their eyes met, holding conversations she couldn’t figure out. The timing, it was still off, wasn’t it? Behind their desire, they were both holding back, afraid. Unable.
She sighed, resisting the urge to brush her chest against Rob in longing. He brushed away her hand with the cloth, pulling her closer. He pulled out her ponytail, running his fingers through her hair to isolate the purple streak. "Why purple?"
She shrugged. "Why not?"
"I like it," he said, wrapping it around his finger. He gave a gentle tug, pulling her face closer to his.
Gray eyes. Warm. Flecks of blue. Hope.
His lips hovered against hers. Not a kiss, but much more than a breath check. She closed her eyes and rested a hand against his cheek, enjoying the moment of being close. Breathing each other in. Not having to progress to anything. Just being. Knowing someone was there.
She pushed her lips a fraction closer, kissing him softly.
This.
This was what she had been missing. What she had wanted all along.
His lips explored hers. Warm and moist. Welcoming.
A real kiss.
A rock your world, weaken the knees kiss.
A kiss for which all future kisses would be measured against. She collapsed into his warmth, the comfort of his body penetrating every wall she’d erected over the years.
So simple. So innocent. And yet so much understanding gently flowing between them.
A tentative, soft connection that ran deep.
She slowly opened her eyes, leaning back.
No future kisses would match its intimacy, tenderness, and trust.
And she wanted more.
They pulled together again, her hands running through his soft, short hair as she kissed him gently, telling his soul she could be patient. His arms encircled her waist, rubbed her back, brought her closer, joined their body heat.
She placed a hand on his chest, arching away, breathless. Inside she was disheveled, everything out of place. She wanted too much. Too much of what she couldn't have. 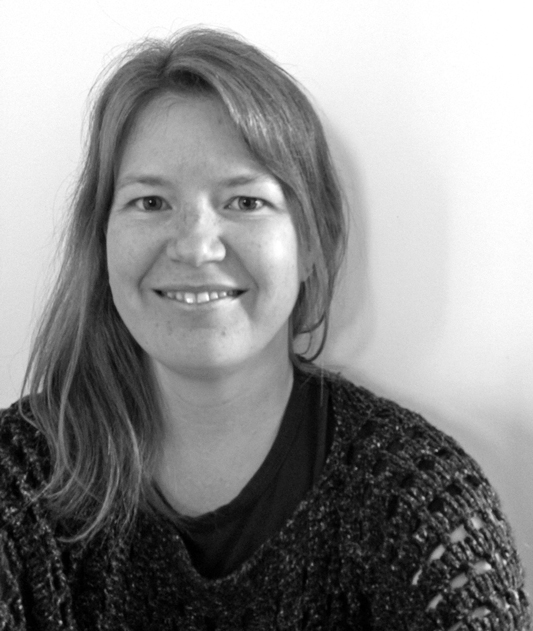 Jean Oram loves to read and has worked as a librarian--a job that is a serious contender for the best job ever as duties include buying thousands of new books with someone else's money! She also loves the great outdoors and has worked as a beekeeper as well as a ski instructor in Alberta, Canada. She loves to travel and people watch and now puts her experiences to the page with her zany characters. You can often find her outside playing with her kids and the family dog or else in front of her computer dreaming up new ways to put her heroines in tough situations.

She loves to connect on Twitter (@jeanoram) and share lots of great, free romance on her blog (www.jeanoram.com) as well as on Facebook (www.facebook.com/jeanoramauthor). She lives with her family and a multitude of pets out in the country.