Book Review - An Ex for Christmas by Lauren Layne

Named Best Book of the Month by Amazon 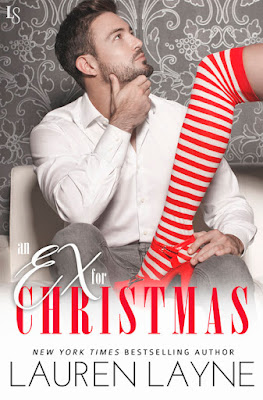 She’s making a list—and checking it twice. But is there a nice guy among all her naughty exes? The New York Times bestselling author of Blurred Lines returns with a charming friends-to-lovers rom-com.

When a psychic tells spunky, superstitious Kelly Byrne that she’s already met her true love, she becomes obsessed with the idea of tracking him down before Christmas. Kelly immediately writes up an “Ex List” and starts contacting old boyfriends to figure out which one is the one. When her college sweetheart rolls into town, Kelly convinces herself that they’re meant to be. The trouble is, sparks are flying with someone she’s never given a chance: her best friend, Mark.

Mark Blakely has watched the guys on Kelly’s list break her heart, and he’s not looking forward to watching them do it all over again. Mark’s always been there for her, but the timing’s never worked out for their relationship to be something more. Now, just as Mark is ready to move on, the sexual tension between them is suddenly off the charts. With Christmas morning around the corner, he just hopes Kelly will wake up and realize that everything she wants has been right in front of her all along. 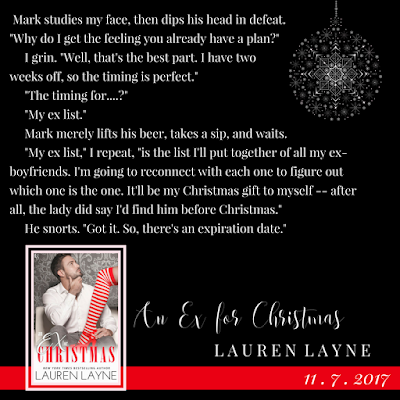 Review - 4.5 Stars!
This story feels like Lauren Layne's take on a christmasScrew Ball comedy.  It is clear from the beginning that Mark is the guy Kelly is supposed to be with and as a reader I am as frustrated as Mark is that she doesn't see it.  Layne does a good job of toeing the line of keeping Kelly likable while she is obviously hurting Mark as she goes through her list of ex's and the comedy throughout the book keeps the story moving and makes for a quick and easy holiday read.