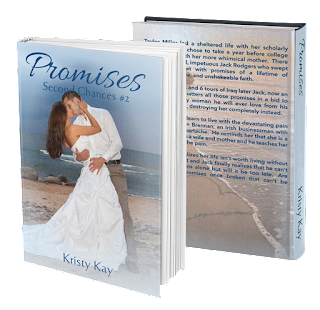 Taylor Miller led a sheltered life with her scholarly father until she chose to take a year before college and move in with her more whimsical mother. There she met the wild, impetuous Jack Rodgers who swept her off her feet with promises of a lifetime of unbreakable love, and unshakeable faith.
14 years, 2 kids, and 6 tours of Iraq later Jack, now an Army Ranger shatters all those promises in a bid to protect the only woman he will ever love from his hidden demons, destroying her completely instead. While trying to learn to live with the devastating pain Taylor meets Ian Brennan, an Irish businessman with his own dark heartache. He reminds her that she is a woman, not just a wife and mother and he teaches her to live despite the pain.
Taylor soon realizes her life isn’t worth living without her whole heart and Jack finally realizes that he can’t fight his demons alone but will it be too late. Are there some promises once broken that can’t be forgiven?

Promises by Kristy Kay is an unconventional second chance romance.  None of the traditional tropes I often find in romance novels are here and it was a refreshing change of pace.  The story is primarily from the POV of Taylor and Jack, but you also get in the head of several other characters as well.   It could get confusing if you haven't read Kay's previous book Breathe, but you could read this as a standalone if you want.  I recommend to anyone who believes in forgiveness and second changes and the power of true love. 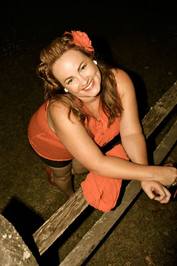 Ever since I was very little I was a writer. I won a few poetry contests in elementary school, joined yearbook and literary magazine in high school. I wanted to grow up to be a journalist and best selling novelist.

Things got a little off track at some point, but it is never too late to follow your dreams! So here I am, an Indie Author working on my very first novel, Breathe!!

I am also mother to two beautiful children, and married to the love of my life. 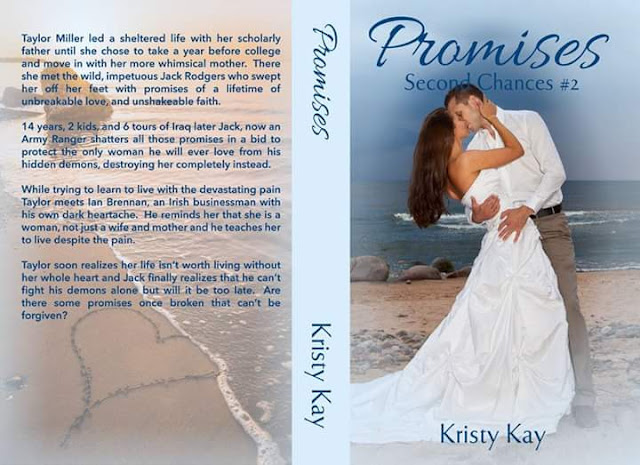