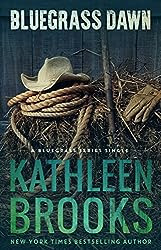 
It's the late 1960's in Keeneston and life is very tense for everyone. War consumes the news and young men prepare themselves for the draft. Jake Davies is fresh out of high school and head-over-heels in love. He’s known she's the one since she hit him in the head with a cheese ball, but then his world crashes around him when his number is drawn in the draft.
Marcy Faulkner's home life has caused her a lot of grief. Her sheltered life is quickly turned upside down after a night in a jail cell with the very handsome Jake Davies. The spark is immediate and undeniable. Everything is perfect until one fateful night. Marcy stands by watching as Jake is delivered the news about the draft and knows this could make or break their entire lives together.
With Jake's deployment looming and Marcy's parents being unsupportive, the young couple must fight to be together. Will their strong love endure the trials of war or will the enormous stress of the situation be too much for them to bear.

This was a great look at two of my favorite characters from the Bluegrass series.  After seeing what a great marriage these have as their kids each found love, it made this love story even more exiting.  The story also shows a slightly different side of the 1960’s war era, from a rural perspective.  As a lover of history, romance, and Kathleen Brooks, this was a must read for me, and I wasn’t disappointed.

Kathleen Brooks is a New York Times, Wall Street Journal, and USA Today bestselling author. Kathleen's stories are romantic suspense featuring strong female heroines, humor, and happily-ever-afters. Her Bluegrass Series and follow-up Bluegrass Brothers Series feature small town charm with quirky characters that have captured the hearts of readers around the world.
Kathleen is an animal lover who supports rescue organizations and other non-profit organizations, such as Friends and Vets Helping Pets, whose goals are to protect and save our four-legged family members.
Kathleen will begin a new series in 2014 called Women of Power. This series will follow the lives of successful businesswomen as they fight off dangers to their lives and careers while searching for true love.