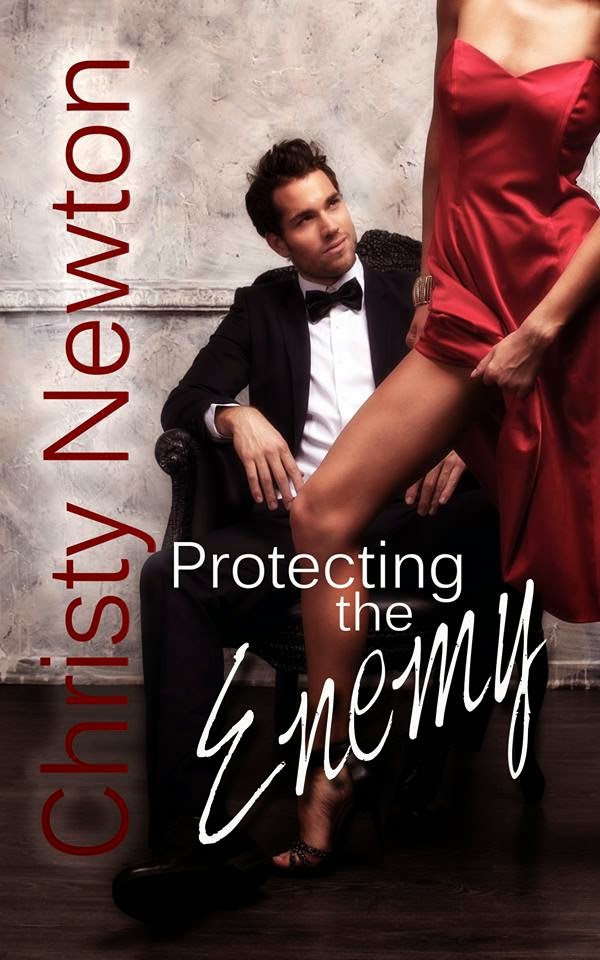 Protecting the Enemy Synopsis:
Julianna Fox was made for her job. Or so she is told. The only memory Julianna has of her past is after the explosion. She was a nameless victim until a man pulled her out of the darkness and gave her new life. A new purpose, because anything is better than being no one. When she is about to eliminate her next mark something stops her. The moment Julianna makes eye contact with Reid Castleton, she has a flashback of her forgotten past. How does she know the man? And why can’t she follow through with her assignment?
Expert assassin, Reid Castleton, has been told to kill the only woman he ever loved if he wants to live. When he finds his fiancée, he can’t go through with the hit, even if it means losing his own life. Either she can’t remember who she is or is damn good at acting.
Neither one knows who to trust. Both make a truce until they can find out why the leader of ETE 7 wants them both dead. What they uncover is a long line of lies and deception that started the moment Julianna was conceived. Will love conquer all or will fear make them do the unthinkable? 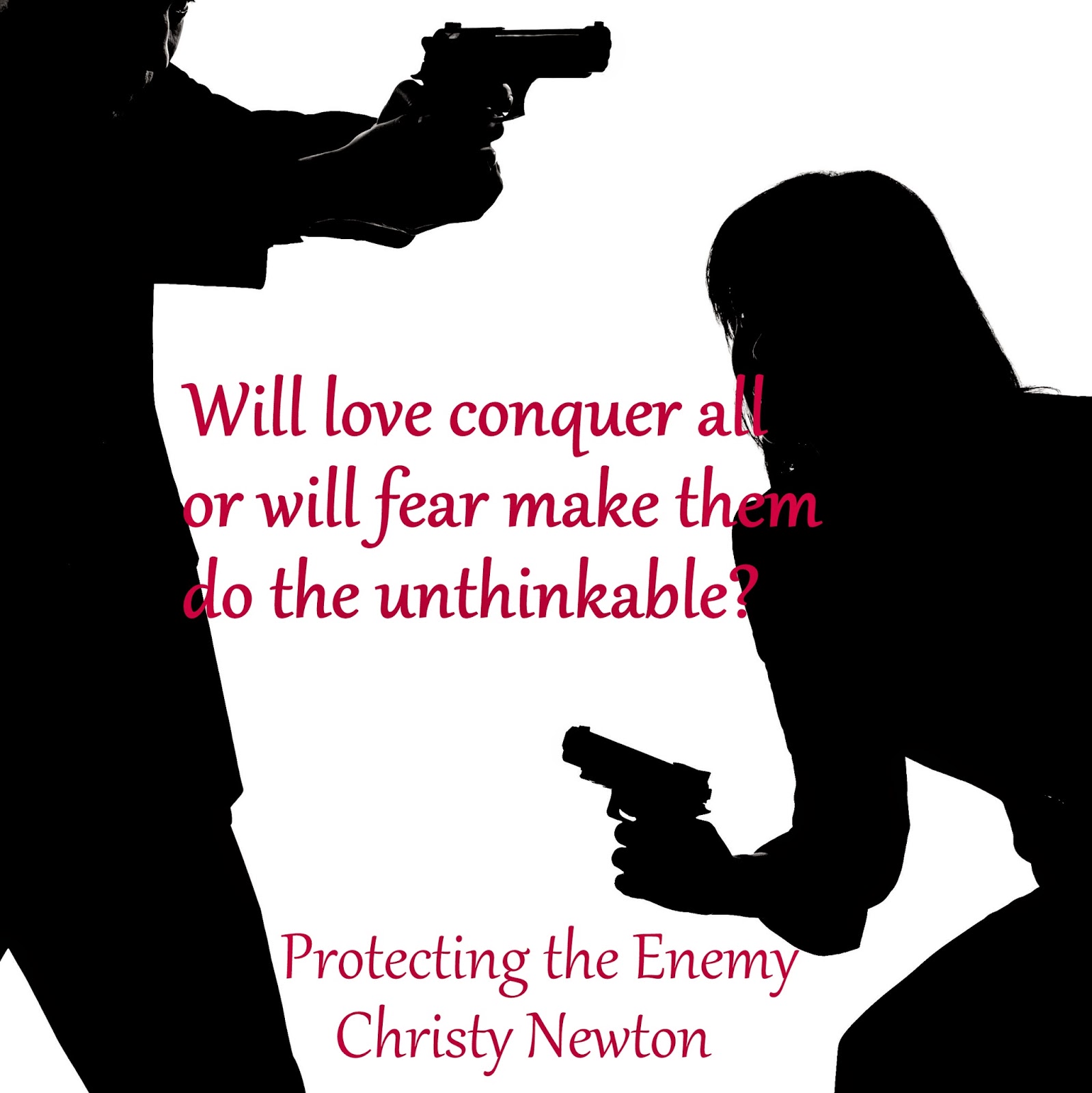 Excerpt:
Julianna reached across the table and handed Reid a fortune cookie. He crushed the yellowish-orange shell, then read the strip of white paper aloud. If you want it… get it. Reid shrugged and smiled. He walked around the table and grabbed Julianna by her legs, lifting her up over his shoulder. Her hair hung a curtain over her face. Dizzy with laughter, the blood rushed to her head.
Julianna bolted upright in bed and rubbed her eyes. Had the dream been just a dream or was it a memory? Her life was like a yard sale puzzle missing most of its pieces.
Reid sat on the edge of the mattress. “Hey, sleeping beauty. You were laughing in your sleep.”
She felt her face heat up. “I was?”
He touched the tip of her nose as if nothing had happened between them.
“Yeah, it was kind of cute.”
Julianna forced herself to roll her eyes instead of smile. She wouldn’t tell him about her silly dream which is probably all it was. “Great, why were you watching me sleep?”
“I wasn’t, but I did come over here when you started laughing. It was quite entertaining.”
She tossed the covers aside and got up. “I’m so glad I could amuse you.” Exasperated, but also captivated with the man, she stomped into the bathroom to take a shower. As she took off her clothes she closed her eyes. She ached to feel the way she had in her dream. She wanted Reid. God help her she wanted him bad. 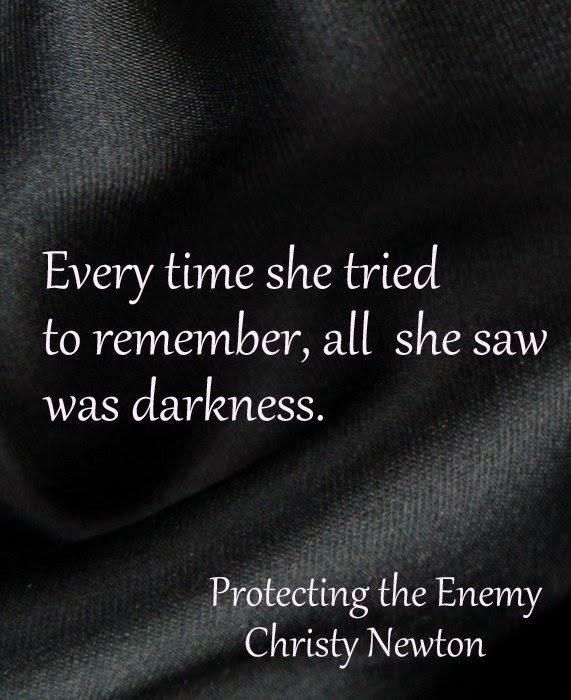 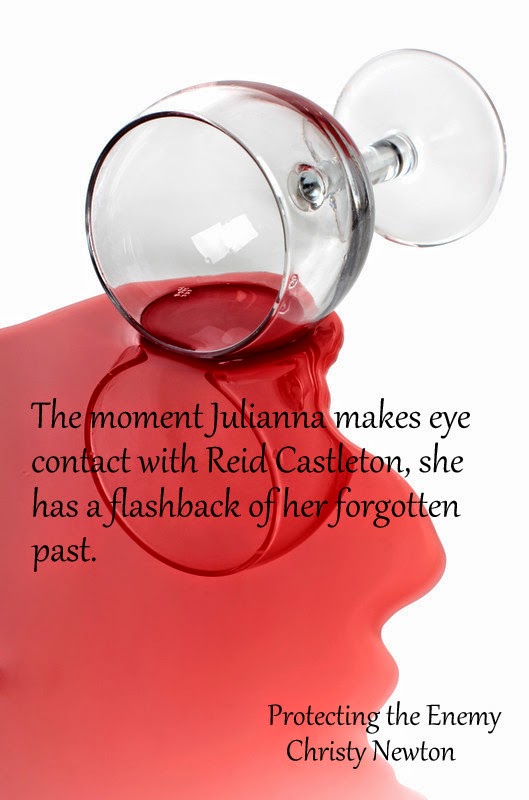